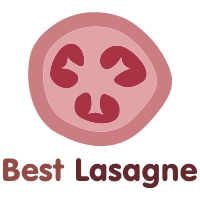 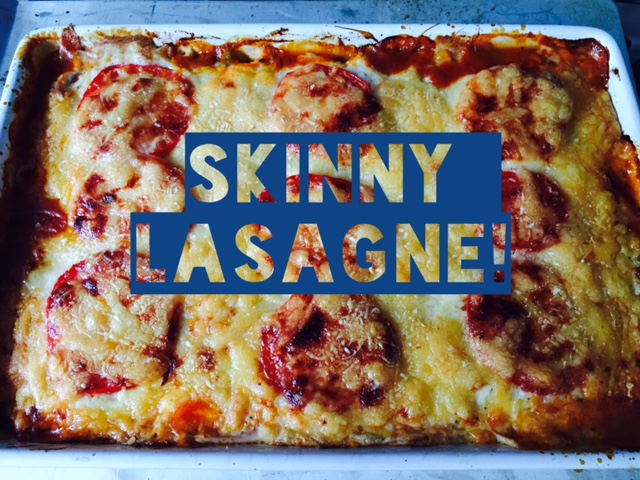 Try this Skinny Lasagne from the Hairy Bikers!

Given the time of year – it is important that our comfort food is also calorie conscious. This is why we have tested out this delicious:

This recipe is taken from The Hairy Dieters: How to Love Food and Lose Weight

But one word of warning – this one take a little while to put together – perfect for a weekend cook. If you are looking for a quicker version – try our take on Mary Berry’s 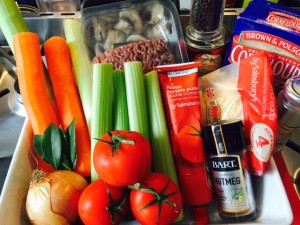 First by trimming them so that they are as long as the width of your lasagne dish – the outer leaves will become your lasagne sheets. Cut the leeks lengthways through to the middle (but no further)

Then open out the leeks and remove five or six of the narrow leaves from the centre of each leek. Thinly slice these inner leaves. Separate the larger leaves. 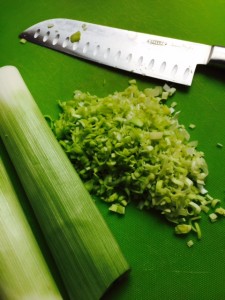 3. Prepare the other vegetables by finely chopping half the onion and cut the other half into wedges. Thinly slice the celery and dice the carrots. 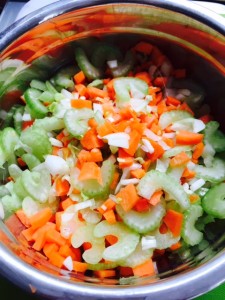 4. Start cooking the meat sauce by putting the minced beef in a large non-stick frying pan with the sliced leeks, chopped onion (but not the onion wedges), celery, carrots and garlic.

Place the pan over a medium-high heat and fry  for about 10 minutes until lightly coloured. Make sure you break up the mince. 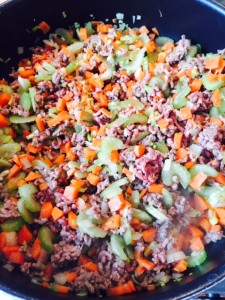 5.Stir in the chopped mushrooms and cook for 2–3 minutes more. 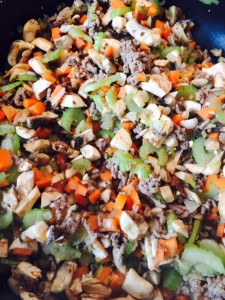 6.Sprinkle over the 2 tbsp of flour and stir it thoroughly into the mince & vegetables mixture. 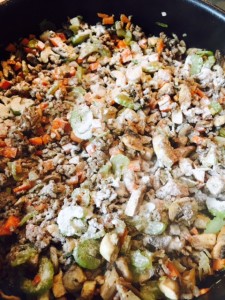 7. Slowly stir in the red wine and beef stock (or the bouillon powder substitute). Add the canned tomatoes, tomato purée and dried oregano, then drop a bay leaf into the pan and bring it to a simmer. Season with lots of freshly ground black pepper.

Turn down the heat slightly and leave the mince to simmer for 20–30 minutes until rich and thick, stirring occasionally. 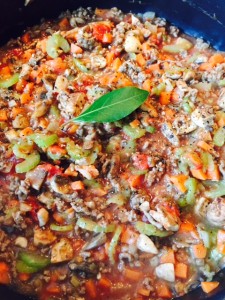 8.While the mince is cooking, put the onion wedges in a saucepan with the remaining bay leaf. 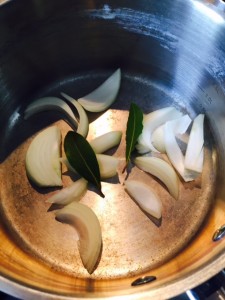 9.In a small bowl mix three tablespoons of the milk with the cornflour. Pour the rest of the milk into the pan with the onion wedges and set it over a low heat.

Bring to a very gentle simmer and cook for 2–3 minutes.

Remove from the heat and leave the milk to infuse for 10 minutes.

Remove the onion wedges and bay leaf from the infused milk with a slotted spoon, then return the pan to the heat. Give the cornflour and milk mixture a good stir until it is smooth once more and pour it into the pan with the infused milk.

Bring to a simmer and cook for five minutes, stirring regularly until the sauce is smooth and thick.

Season the sauce with a good grating of nutmeg to taste and plenty of ground black pepper. 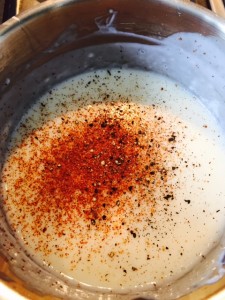 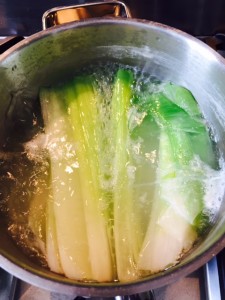 Spoon a third of the mince mixture into your lasagne dish and top with a layer of the blanched leeks. 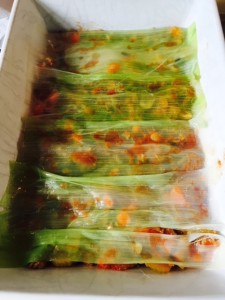 Repeat the layers twice more, finishing with leeks. Then pour the white sauce over the top layer of leeks 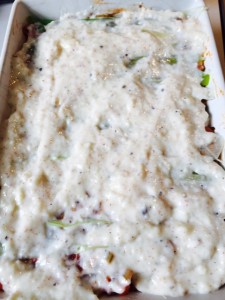 Then layer on the sliced tomatoes 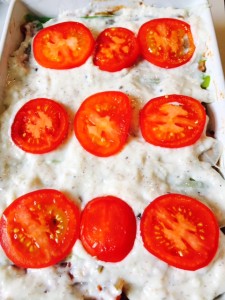 Then sprinkle on the cheeses 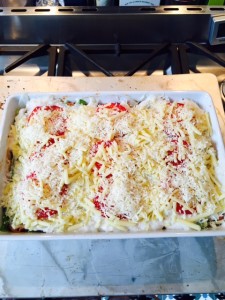 Bake for 30 minutes until golden bubbly! 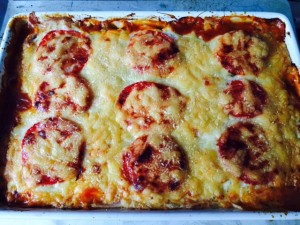